Skip to content
Meghan and Harry might be looking for financial independence – but what about the million who never can?

I read that since May 2019, Meghan has worn clothes to the value of £1m and I think it is safe to assume the bulk of those were not purchased in the January sales. I wonder if that is deemed non-disposable income spend? I think the vast majority of people would consider spending that much as disposable income.

Meghan and Harry are ‘working’ towards financial independence from what is a very privileged position. A position where they intend to work backwards from and is being supported by the UK taxpayer – which is simply not an option for nearly a million people on zero-hour contracts who have no financial security in the UK today.

Let’s give a lot more thought to those who are on zero-hours contracts as they strive towards financial independence from the complete opposite end of the scale to Meghan and Harry. It’s criminal that of the 32 million people in work in the UK that close to 6 per cent are on zero-hour contracts. Those companies and the UK government say that is a job, but we at Digital Anthropology are at odds with that statement. Zero-hour contracted jobs have increased by 15% over the last year, which is even more concerning. As always, it’s the most vulnerable who are being affected and though robotics and AI are certainly not primarily responsible for zero-hour contracts, they are having a major impact on their rise.

AI and Robotics are meant to augment people, not contribute to the increase in zero-hour contracts and this 15% rise has a direct link with what we call ‘Technology Advancement’. It’s like when we brought other advancements into our lives without understanding the full impact on our lives and our planet. More questions need to be asked and awareness needs to be raised, making it a hard fight to be a campaigner on this area.

If people were fully aware of the practices of companies who exploit and abuse the most vulnerable when making their purchases, then I am sure we will see a movement to stop this malpractice. It is possible – just look at the huge change in attitudes to plastic use that would have seemed unfathomable three or four years ago.

Today sees a TUC event that calls for new rights for workers to end exploitation through zero-hours contracts, and I applaud efforts like this. One quote that stood out at me was from Ian Hodson, National President of the Bakers and Allied Food Workers Union who said:

“Nobody should have to live like that in 21st Century Britain. Every job should give people the basic security they need to live a decent life.”

If Meghan and Harry can’t start their new life to be financially independence with their positions and privileges, then let’s work together to help those most vulnerable not have to endure what is an impossible task without our support.

Digital Anthropology will continue to campaign for those vulnerable people who are most severely affected, and we’d love your support to help us raise the importance of this major problem. If you feel passionate about ending zero-hour contracts, or are working under a contract like this, please get in touch. 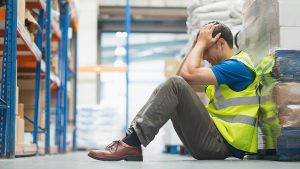