Discussing the impacts of Labour’s proposed raising of the minimum wage, Richard pointed to a report by the Institute of Fiscal Studies that says jobs are at risk of being replaced by robots if the minimum wage continues to rise.

Richard also spoke about the upcoming launch of the Digital Anthropology social enterprise, saying: “Technology is fantastic, but it concerns me about the impact of tech of individuals and jobs. Do we want to have a situation where tech displaces people or do we want tech to augment people? I’m in the augment camp.” 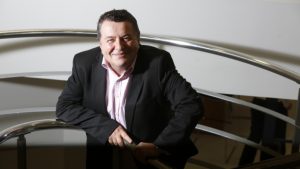